For those of you who missed this on my other blog…

Well, it’s been quite some time since I’ve written anything on WordPress. And I’ve missed it. A lot. But I have been busy, and I wanted to fill you all in on what I’ve been doing. I have taken up photography. I think I may have mentioned it before, but I now have a website that is up and running.

I have a blog on my new website, so I will probably be taking this one down in the months to come. I could not anticipate how busy trying to get this up and running would keep me. But it has occupied me more than I could have imagined which is why I’ve been absent for so long.

But I wanted to invite everyone to come have a look at my website, comments welcome. I can’t begin to describe either, the joy it brings me to have come this far…

“If I ever go looking for my heart’s desire again, I won’t look any further than my own back yard. Because if it isn’t there, I never really lost it to begin with.”
― L. Frank Baum, The Wonderful Wizard of Oz

Oz of the Alhambra 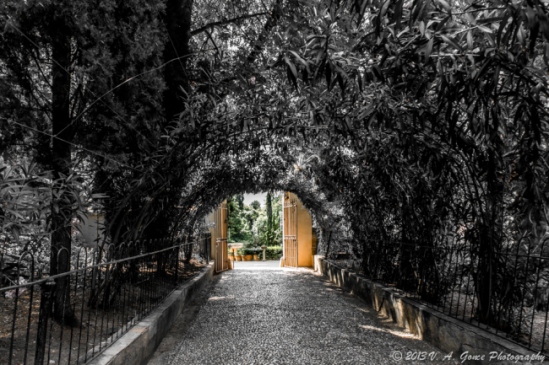 This is the weekly photo challenge for WordPress.  If you are interested to find out more, click here.

Well, I’ve been absent for quite sometime, and I have been missing my blogging friends and world.  I’ve got one child who will be leaving for college come fall, and the other two will follow next year.  I’ve been very busy with photography and it has blossomed into something resembling a job.  Last spring I began shooting cross country and track and field meets for Milestat.com.  It’s a different kind of photography, fast paced and fairly exciting.  Plus, I get to watch my boys run when it is one of their meets.

This has led me to explore the option of launching a photography business.  I’ve flirted with sights like 500px and pixoto, trying to decide exactly what I wanted to do.  I also shot two weddings this past year, and hung some fine art in my husbands office. Last week I attended a photography conference, and after giving it much thought, I am going to give it a go.  I am in the process of designing a website, which I confess has given me fits.  Hopefully, it will be up and running by the end of the month.  Once it is, I will be migrating this blog to that website, or perhaps I will just link this blog to it.

I will, however, be picking back up my blogging habits in the near future.

Thank you everyone for hanging with me, and visiting my blog while I’ve been away.  I’m looking forward to 2014, and wish everyone a wonderful year to come!

In the meantime, I will leave you with a photo from the edge of Culloden field just outside of Inverness, Scotland: 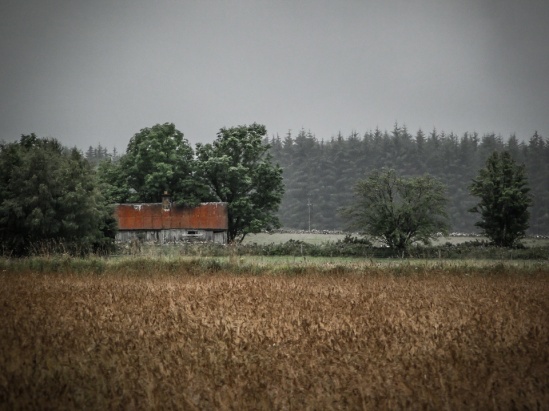 On the Edge of Culloden Field

In April we took the boys to Italy for spring break, thinking that they would have a marvelous time exploring all that history.  Seeing that history is their favorite subject, mixed with historical politics we also though ancient Rome would be a favorite spot.  When we got there, we were surprised to see bored faces, and unimpressed looks.

It seems we have Hollywood to blame for this.  When we made our way to the coliseum (and realizing we were losing our audience) we thought we’d wow them with the ancient structure.  Turns out, they were expecting a rebuilt version of it’s former glory, something akin to what they saw in Gladiator.  I guess we should have taken them on a formal tour to pike their interest.

In the end, they thought it was impressive.  But their favorite tour turned out to be Villa Adriana and Villa Deste, better known as Tivoli Gardens. Who knew? 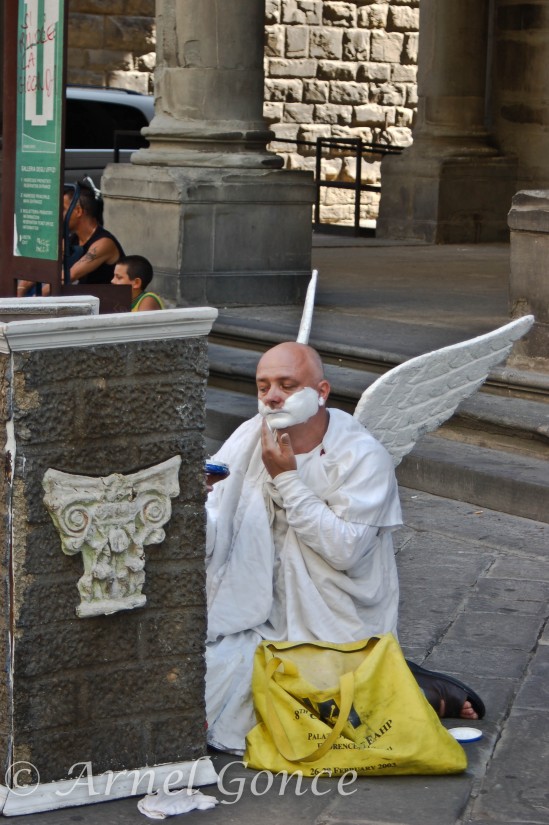 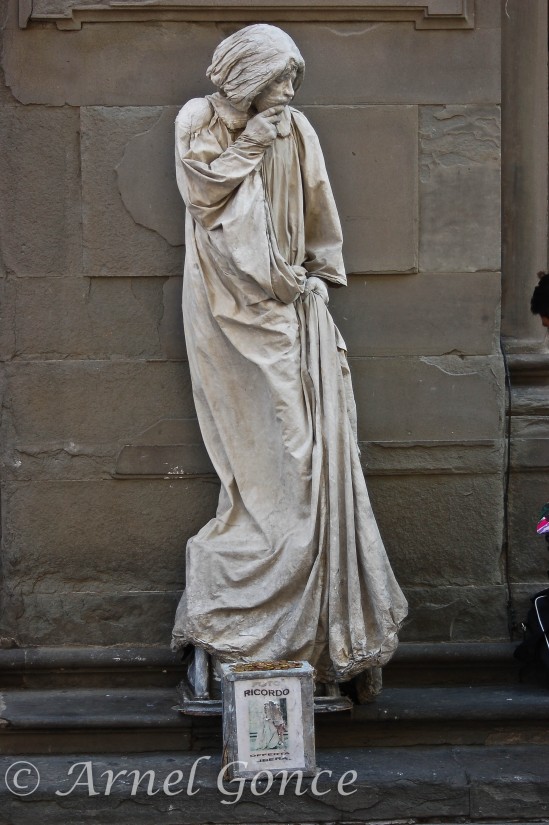 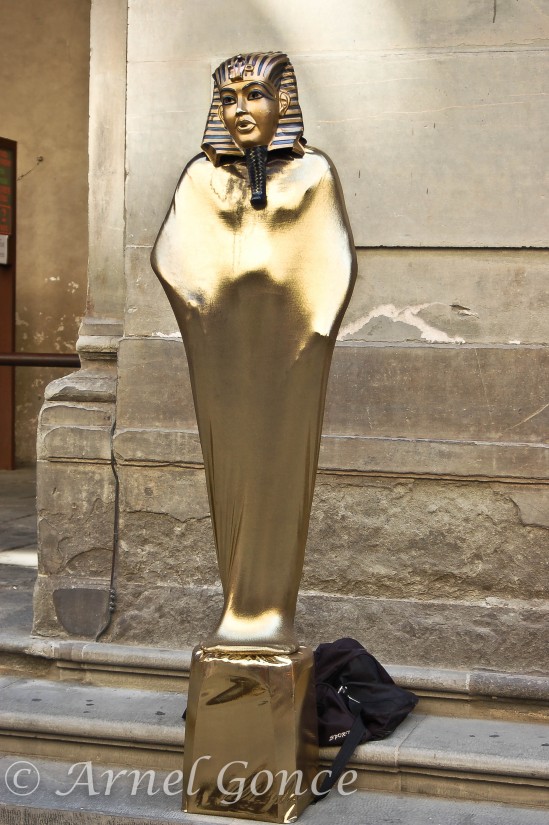 3 years ago, the boys boy scout troop went to Nelson and Seneca Rocks in West Virginia to climb the Via Ferrata there.  A Via Ferrata, is a rock climbing system for people who aren’t experienced in free climbing.  Unfortunately, the age restriction of 13 prevented the twins who were a few months shy of their 13th birthday from climbing.  Bugs and DH were able to climb while the twins were stuck hiking the trails.

When they returned home Bugs and DH talked about how great the climb was, while the twins both drew long faces.  As I listened to the two talk about the climb, it peaked my interest and I kept thinking how awesome it sounded. I turned to Buzzard and Roo.

I would love to visit this place…

Built in the 2nd century, the Catacombs of Saint Callixtus contain dozens of martyrs, sixteen popes, and countless Christians over a 33 acres within 5 levels of 12 miles of tunnels.

We took a cab from the Spanish Steps which was about a 20-25 minute ride.  There is a walking tour of the grounds, and another tour of the catacombs, or you can combine the two.

There is no photography allowed in the crypts, however more information can be found here, with photos.

Below are the grounds at Saint Callixtus. 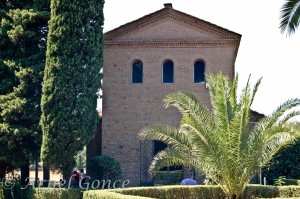 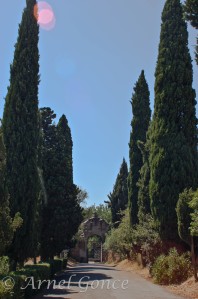 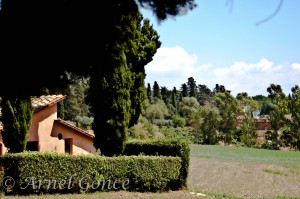 I thought this was pretty cool. Enjoy!

Photo taken by n23art who has suffered from depression for many years. He is from the UK, but has been living in Asia for the last five years. More about him here.  The two photos used to create this piece were taken at Union Station, LA July 2011, and Downtown Incheon, South Korea October 2011.

About this photo: I was excited about being in Union Station purely because it was used as a location in Blade Runner. I didn’t really look at any of the photos I’d taken there for a few months but after looking at some new images of street lights I’d shot in Korea, I realized that the lights almost perfectly matched the arch and it’s reflection. Putting the two images together gave the photograph a whole new look and feel. A light at the end of the tunnel.

The Sistine Chapel is one of six chapels in the Vatican Palace.  It was built between 1475 and 1483 duringPope Sixtus IV della Rovere and designed by Giovannino de’ Dolci.  The artists who painted the walls were Sandro Botticelli, Ghirlandaio, Pinturicchio, and Luca Signorelli.  The subject matter to be painted was the biblical history of the world divided into three eras:  the time between the creation of the world and when Moses received the ten commandments, the time between the ten commandments and Christ’s birth, and the Christian era following Christ’s birth.  All the scenes were painted as frescos while the ceiling was painted blue with gold stars. 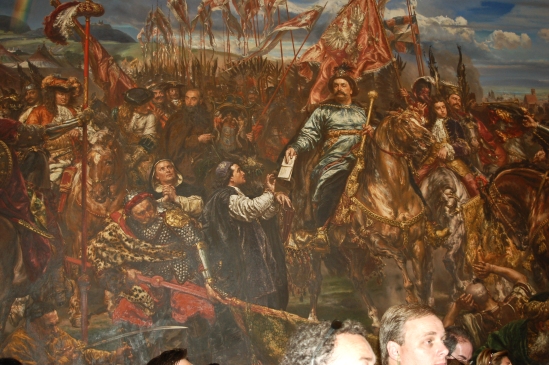 The ceiling dimensions measure 30 feet by 140 feet.  The ceiling is curved so that the center is just shy of 68 feet high.  This makes the amount of space to be painted around 5000 square feet.  Over this space he would paint nine scenes from the book of Genesis, the Creation of Even, The Temptation and Fall of Adam and Eve, and the Flood.  Surrounding these in a historical timeline are a variety of old testament prophets and ancestors of Christ–a total of 336 figures.  He also used a technique called pozzolana which uses lime, water and volcanic ash to create the “plaster”. 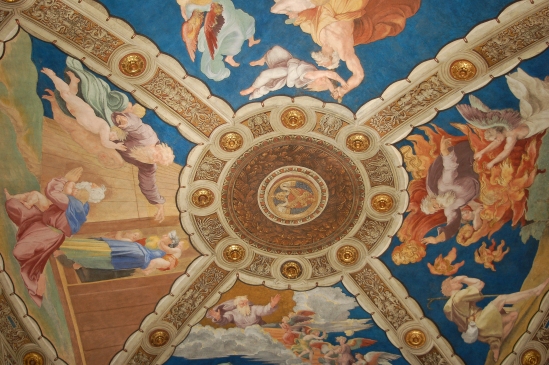 Michelangelo painted from 1508-1512.  He wrote a poem when he was finished, expressing his feelings about his work on the ceiling.  It’s short and worth the read–quite humorous as he describes the physical consequences of being upside-down for so long.

The Sistine Chapel is truly and amazing work of art, especially the ceiling, and especially when you consider it was painted by someone who didn’t really want to do it.

A small travel tip;  we went in August, and all the heads you see in the photo above show the crowds.  It was literally wall to wall people in the Sistine Chapel–shoulder to shoulder, packed with people.  The only time I’d ever seen anything like that was Jackson Square in New Orleans on New Years Eve.  We were told this is the heaviest tourist time for Rome.

Copyright Rules of the House © Arnel Gonce and The Romantic Traveler, 2010-2012. Unauthorized use and/or duplication of this material without express and written permission from this blog’s author and/or owner is strictly prohibited. Excerpts and links may be used, provided that full and clear credit is given to Arnel Gonce and AllThingsBoys with appropriate and specific direction to the original content. Photographs are all my work unless otherwise noted, and are copyright protected and strictly prohibited from copying unless full credit is given to Arnel Gonce and The Romantic Traveler with a link back to this blog.
TheRomanticTraveler
Create a free website or blog at WordPress.com.
Loading Comments...
Comment
×