This is the Arch of Constantine.  It sits between the Colosseum and Palatine Hill.  It was built in the early 4th century to commemorate Constantine’s victory over Maxentius in the Battle of the Milvian Bridge. 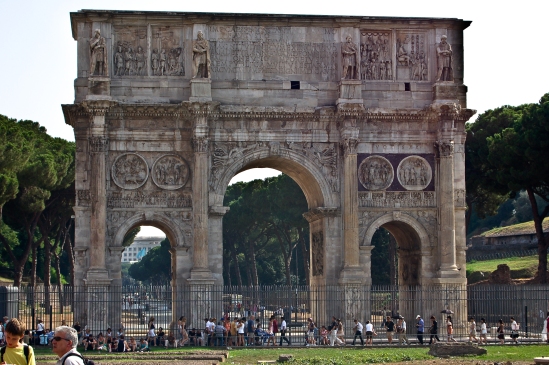 From here we walked to the Colosseum. 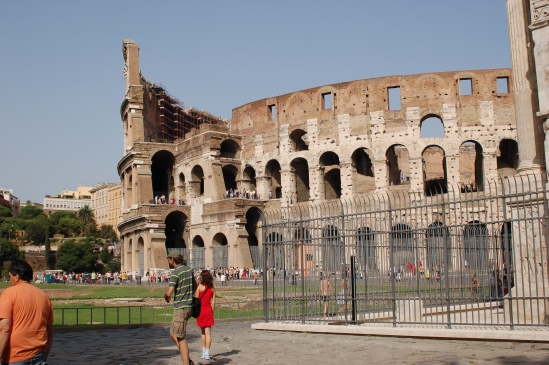 This guy was taking a break from his acting duties.  It was pretty cool seeing people dressed up as though it were ancient times. 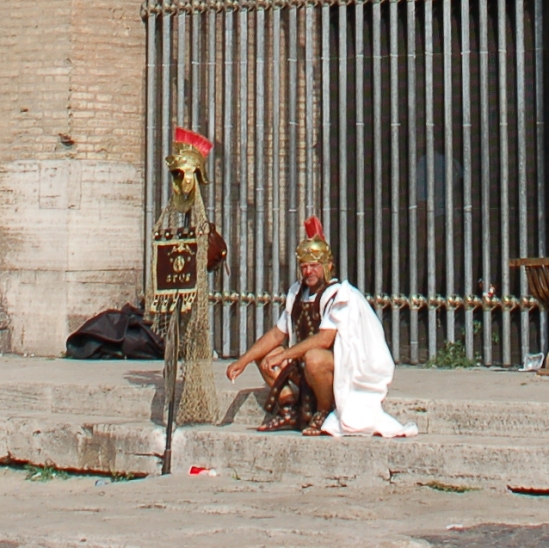 The North Wall of the Colosseum is the only remaining original wall. 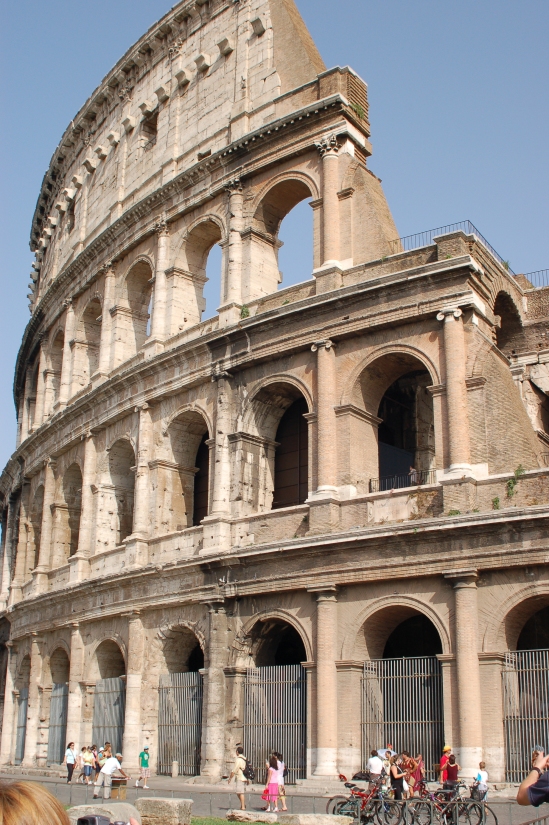 In the bottom is a series of tunnels referred to as Hypogeum.  The ground floor is closed to tourists, but can be seen from above. 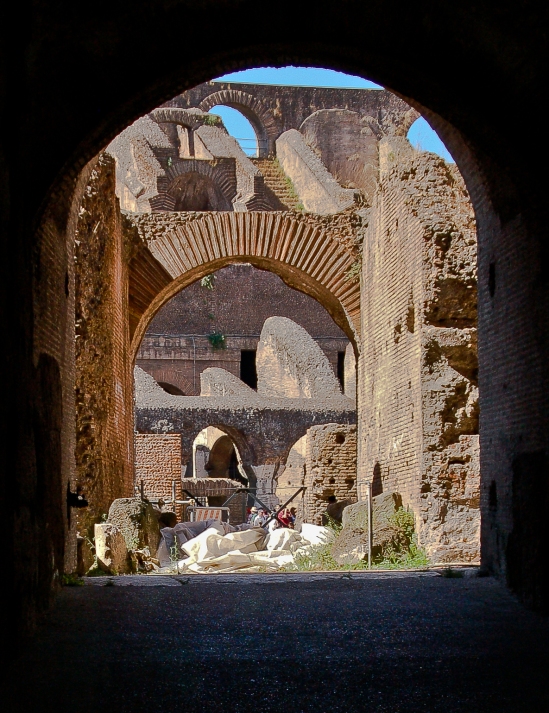 The Colosseum was started between 70-72AD by Emperor Vespasian.  It was finished in 80AD by Emperor Titus, the older son of Vespasian.  His younger son, Domitian added the hypogeum or tunnels to the bottom for slaves and animals.  There were dumbwaiter systems that would raise the captives through holes in the floor above.  The original Colosseum was three stories, but a top gallery was added later.  The small square hole at the top right was one of many along the top that was utilized for a framing system to hold awnings to keep the sun off of the Emperors. 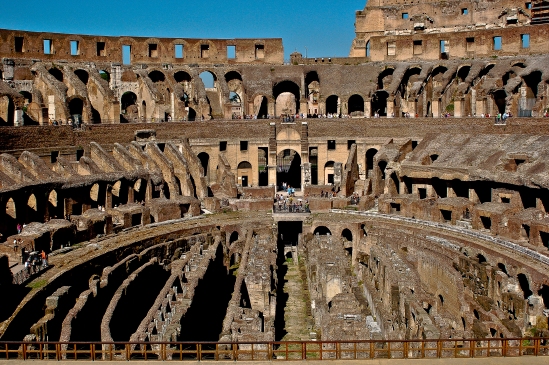 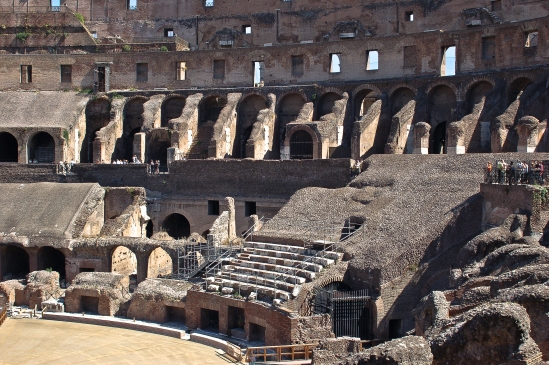 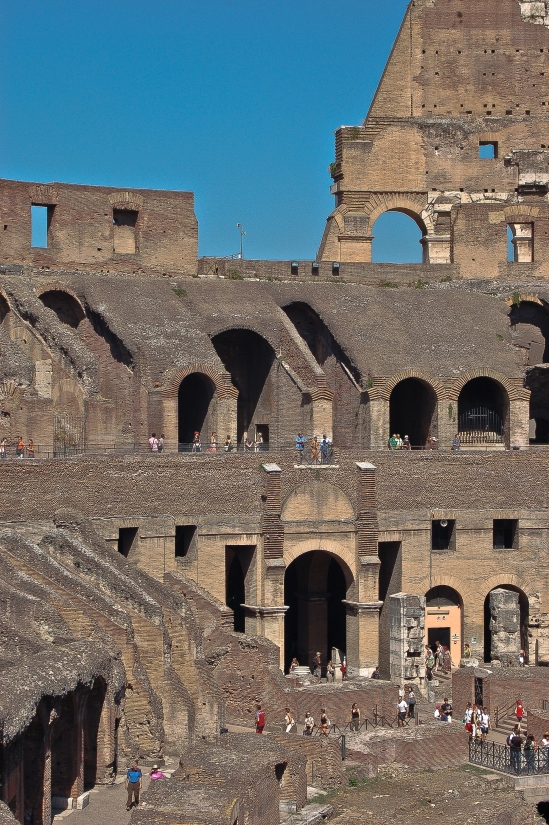 The Hypogeum from the first level. 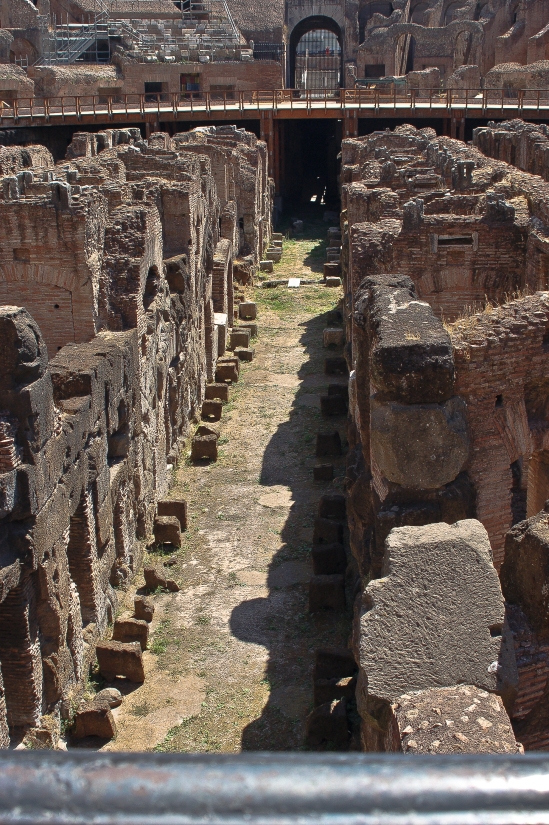 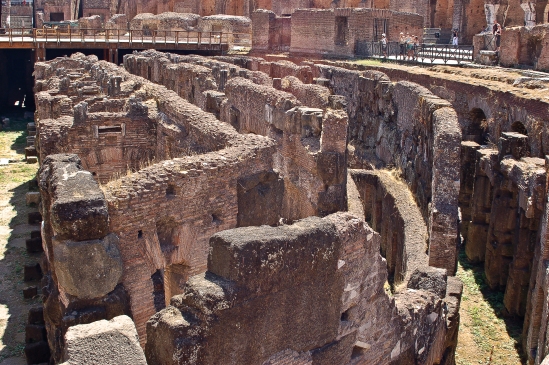